Stinger Season Cairns - Down Under Tours

A highlight of anyone’s visit to Cairns is a swim in the warm tropical waters amongst the coral and the fishes. The marine ecosystem around Cairns is one of the most healthy, beautiful and diverse in the world.

If you’re planning a swim, snorkel or dive around the Cairns area, you may be aware of the dangers of stingers in the water. Please don’t let their scary reputation put you off – by following our advice, you can still safely enjoy the water.

Stingers (also known as box jellyfish) are a local jellyfish with a highly toxic sting which is dangerous to humans. They include a number of different species and are so named because of their cube-shaped medusae. They are around the size of a basketball, although the tentacles (which administer the sting) can be up to 3 metres long. Box jellyfish have been described as ‘the world’s most venomous creature’, but only a few species have been confirmed to be involved in human fatalities. Many species of stingers are harmless or produce only a short-lived uncomfortable sting. 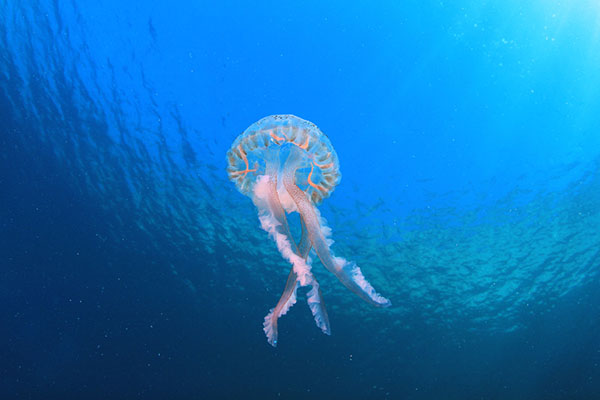 The most dangerous species in the Cairns area is the Chironex Fleckeri. This stinger is a larger species and produces a highly toxic venom which can lead to cardiovascular collapse within 3 minutes in humans. The Fleckeri has killed 64 people in Australia since records began in 1883. They are widely dispersed and so incidences of stings are rare.

The stingers are translucent, so are often difficult to spot in the water.

When is stinger season in Cairns?

Stingers love the tropical summer weather and can be found in the waters around Cairns from November to May. Swimmers should exercise caution in the water during these months, and beaches may be closed if the risk of stingers is great. You should never enter the water if the beach is closed. Stingers are extremely rare from June to October. As the winter nears, the stingers will migrate north. 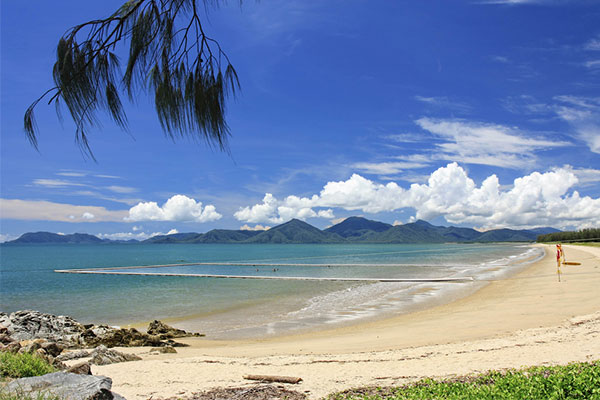 Stinger nets are a good way to exclude the larger box jellyfish, but be aware that smaller stingers like the Irukandji (at only 2cms) may still be able to penetrate the net. Although the sting from an Irukandji is unpleasant, it is not potentially fatal.

Stinger suits are a great way to protect yourself. A stinger suit is an all-over body stocking that can be worn while snorkeling or diving. It’s comfortable, flexible and ensures 100% protection from a sting. If you book a Great Barrier Reef tour during the stinger season, stinger suits will be handed out on the boat before your dive.

Beaches and tour boats in Queensland will always stock vinegar in a prominent place during stinger season. Vinegar is the only proven relief for a sting. Flushing the affected area with vinegar will deactivate undischarged nematocysts to prevent further pain. If tentacles are still attached to the victim, they will need to be removed using a glove or towel. 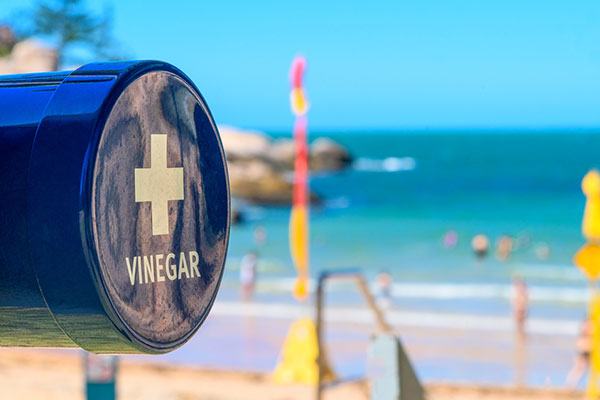 How can I find out if an area is affected?

The important thing is to remember that although stingers are dangerous, and should be treated with respect, there are a number of steps you can take to protect yourself: Swim within protected areas, listen to the advice of the locals, and wear a stinger suit. If you take these precautions, there’s no reason why you shouldn’t enjoy swimming and exploring the beautiful ocean around Cairns at any time of year.